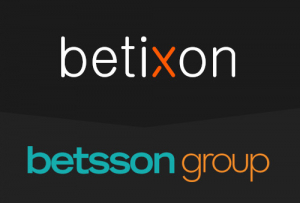 Slot developer Betixon has praised the signing of a “major deal” for the group, after announcing that its suite of titles will go live with the Betsson Group in Lithuania and Estonia.

Under the terms of the deal, Betixon’s portfolio of mobile slots, which can also be played on desktop, will launch to players in both countries via the operator’s Betsafe and Supercasino brands.

This means players at the online casinos will be able to access titles such as Boots of Luck, Wild Wolf and Ages of Halvar, plus the soon to launch Fortune Breakers series, for the first time. Fortune Breakers is set to become Betixon’s flagship game series.

“We pride ourselves in offering our players the widest range of quality casino content localised to the market from which they are playing,” stated Ciara Nic Liam, product director for gaming at Betsson Group. Betixon has quickly emerged as a rising star on the slot development scene and we believe their games will prove to be hugely popular with players in Lithuania and Estonia. We look forward to seeing titles such as Boots of Luck and Fortune Breaks land in the game lobby at Betsafe and Supercasino and to enjoying a long and successful partnership with Betixon.”

Earlier this month, mobile-focused casino games studio Betixon revealed that it had received a casino software and games host licence from the UK Gambling Commission. Subsequently, the group asserted that it is aiming to make “a name for itself as a rising star within the igaming industry,” by targeting a charge into a number of globally regulated markets as a result of the regulatory green-light. The developer’s games are currently available to operators in a range of regulated markets, including the UK, Lithuania, Estonia, Italy, Colombia, and Romania with more to follow.

Lior Cohen, co-founder and CTO of Betixon, said of the group’s latest content agreement: “This is a major deal for Betixon and marks our arrival as a major player on the slot development scene. Betsson is one of the biggest names in the business and it is a real honour to see our suite of mobile-first slot games launch to players in Lithuania and Estonia through its Betsafe and Supercasino brands. As a studio, we are focused on regulated markets and partnering with operators that share our strategy and vision, and in Betsson we have found the perfect partner.”