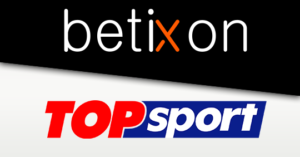 Mobile-focused casino games studio Betixon has announced a partnership with TOPsport, the leading operator in the Lithuanian betting market. Under the terms of the deal, Betixon will integrate its full portfolio of games into the TOPsport casino platform.

The deal will increase Betixon’s footprint in the burgeoning Lithuanian market, which experienced almost 100 percent growth in Q1 2021 compared with the corresponding period a year earlier.

TOPsport was the first operator to be licensed in Lithuania after the liberalization of the country’s gambling laws in 2001 and it remains its most recognized gaming brand.

According to figures released by the Lithuanian Gaming Board, TOPSport is a significant market leader, reporting almost eight times the pre-tax profit of its closest competitor. Along with impressive digital operations, the company owns 63 retail betting outlets across the country and 50 casino salons.

It’s the third Lithuanian deal Betixon has secured in Lithuania this year, highlighting the company’s commitment to partnering with leading operators in regulated growth markets.

Lior Cohen, Co-Founder & CTO of Betixon, said: “We’re delighted to team up with the biggest brand in Lithuania, TOPSport. This is a really exciting market that’s primed for further growth, and we know our games are going to cause a splash with TOPsport customers.”

Gintaras Staniulis, Founder of TOPsport said: “We look for partners that are doing exciting and innovative things in the gaming space, and that made Betixon a natural fit for us. In terms of pure explosive excitement, there’s nothing else quite like them.”